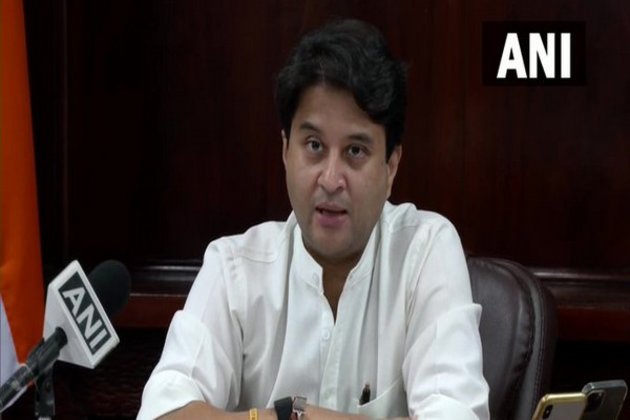 New Delhi [India] July 5 (ANI): Union Aviation Minister Jyotiraditya Scindia came to the assistance of a college student and helped in getting her luggage delivered to her hostel after she recounted her "horrible experience" on an IndiGo flight.

Scindia took cognizance of the college girl's tweet and posted his reply: "Your luggage has been delivered at the hostel gate. Take care."A twitter user by the name Anoushka posted on July 1 that she had to go through a lot of trouble due to IndiGo's lateness and incompetence. Due to the airlines, she had to go to four different airports within 24 hours to reach his destination, and also she did not get her luggage on time.

"A large number of people travel by air daily in the country. The journey of some is easy and sometimes people also have to face difficulties. A case related to this has come to light in which a college student had to face trouble due to an Indigo flight," Anoushka shared her concern on Twitter.

"Had the most horrible experience travelling with @IndiGo6E, because of their incompetency and delays, I had to travel to four different airports in less than 24 hours to reach my destination and when I finally did reach, I find out my check-in luggage isn't delivered yet," she said in a tweet.

Following the student's complaint, IndiGo asked her to come to the airport the next day and pick up the luggage.

"My college is on the outskirts and it takes around 700-800 bucks for a cab to reach the airport, apart from paying for your ridiculously inflated ticket prices, y'all are also making me pay for YOUR incompetence @IndiGo6E," Anoushka added. (ANI)